Tongue and lip-tie is a condition present at birth where a short, tight band of tissue (frenulum) tethers the tongue tip to the floor of the mouth or the lip to the gums.

I would really love to share my first-hand experience of having a baby with tongue-tie as I know that I am not alone in finding this area to be a minefield when it comes to identifying and managing the condition. Unfortunately for new mums, there is a lot of mixed and conflicting information and opinions from professionals and well-meaning others.

Breastfeeding was not an easy journey for me with both of my children but when my second was born it got to a whole new level of head-exploding difficulty! After some “reasonable” first feeds in hospital I was sent home to a bit of a disaster. My daughter could not effectively breastfeed or bottle feed and was very unsettled – she was going hungry and I felt helpless!

The visiting midwife referred me straight to a visiting lactation consultant (LC) and then on to a clinic. I also saw my GP and Child Health Nurse (CHN).

Visiting LC: “her tongue is a bit short, she is not latching well”

GP: “her palate is high, and her tongue is short, her mouth has not quite developed yet”

CHN: “Oh yeah, it’s a small tongue tie but shouldn’t be a problem” 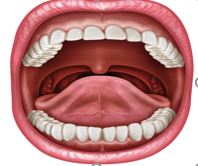 By this stage I was completely confused and had no idea what to do! Although I had a Speech Pathology background, I had limited knowledge and experience of tongue-tie. I had always come to associate it with speech impairments, difficulty eating and difficulty keeping the mouth clean. I was starting to panic about my poor daughter’s future development. Further reading on the internet just added to my fears (sleeping and breathing difficulties too?!).

I then began to call around to colleagues who had more knowledge in this area. One of these phone calls was to an experienced Speech Pathologist who was involved with a Tongue Tie Clinic (I had no idea these even existed!). She suggested, “getting another opinion”- I’ll never forget this because it seemed like I had already sought plenty of opinions and was all out of options! She emphasized the value of FUNCTIONAL assessment with a TEAM of professionals.

I went along the next week with my heart in my mouth. I was mentally preparing for my baby to have a snip to release the tongue (frenectomy) done that day. I met with a lovely LC who could see that I was flustered and emotional. She spoke to me as if I were another professional in the field and answered all my questions (even the ones I knew sounded silly).

As it happened, the functional assessment gave me a pleasant surprise – my little trooper of a daughter was doing well! An objective measure (weight pre and post feed) showed that she was getting the required amount of breastmilk. The LC observed the feed and gave strategies to support me and baby. Next, the Obstetrician/ Family GP examined her mouth. He confirmed a mild tongue tie but given how well she was feeding he could not rationalize conducting the frenectomy. Her tie was quite thick so it would have been a riskier procedure. It felt so good to be a part of this conversation and to hear definitively what the team’s findings were.

Once the Family GP left the room, the LC could see that the general confusion around tongue-tie was still leaving me feeling conflicted. She provided me with the 2020 Ankyloglossia and Oral Frena Consensus Statement (this is a fancy way of saying “The Best Way to Treat Tongue and Lip Tie in 2020”). I was surprised at what the research evidence was saying – it basically debunked all the misconceptions I had formed:

As I went to leave, this LC did something that truly touched me and made me feel that she understood the gravity of the situation and what her advice meant to me… she gave me a hug!*

After my experience, I have come to realize that FUNCTIONAL TEAM assessments are absolutely the right way to go to get answers. A team of professionals (LCs, GPs, nurses and Speech Pathologists) can look at all aspects of an issue with differing areas of expertise and come up with the best solution according to current evidence!

I will finish with one message: THANK GOODNESS FOR LACTATION CONSULTANTS!!!

*Please note that this situation occurred before the COVID19 Pandemic